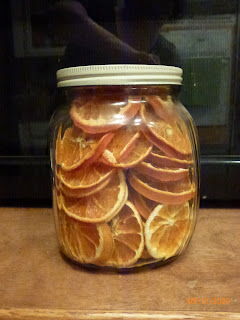 PTSD is a strange thing.  You think you are doing so well and have things under control when something triggers you again.  You may not even realize how bad it is until the depression and anxiety take over once more.  This is what happened to me and I slowly withdrew from the world for a bit.

At first I did not realize what was happening but I found myself sleeping a lot more than normal.  I was "hiding" out in my bedroom for hours on end during the day or evening.  I was irritable and easily overwhelmed.  I had a deep sadness just under the surface that I could not figure out.  On the outside, I projected a happy attitude and smiled and laughed, but that sadness was still there and I just tried to ignore it hoping it would just go away since I had no idea what had caused it...or at least I tried to convince myself of that.  I tried to just pass it off as Fibromyalgia and Chronic Fatigue Syndrome.

Today I finally faced up to what really was going on...PTSD had reared it's ugly head again.  I had tried to stuff my feelings down and not have to deal with all those emotions and painful memories that had been triggered by a recent court case that involved a friend, someone that I loved and trusted.  This person  knew about my past and that I had been molested as a child by someone known to my family and that it went on for years.  This person was someone that I stood behind when he was accused of this same awful crime himself because I could never imagine him doing such a thing...then he plead guilty and admitted that he did it and that he was "sick".

Some of the details were published about what he did and I'm sure that many were left out since it went on for years.  We also found out it not the first time he had been accused of such a horrible thing.  He lied about that and was not charged because there was not enough evidence to support taking the case to court in that instance.  He lied to my husband and I about why his first wife left him and had us feeling sorry for him...now we know the truth.  He lied to his now wife, who is a dear friend, about this case too and he also lied to us.

I have been trying to be as supportive as I can of his brokenhearted wife who has had her whole world turned upside down.  My heart is also breaking for his victims and I am so proud of their bravery for speaking up and thankful that they were believed and their pain and truth not brushed aside so that they would continue to be abused and suffer the physical and mental toll that this takes on someone.

While doing all this, I forgot to, or maybe I even made the unconscious decision, not to deal with my own feelings of betrayal and the ugliness of what happened to me as a child that came creeping back in to my mind.  I have been in therapy in the past to help me with this, but I refused to go "deep" because I was not ready to go there yet.  I don't know if I ever will be.  Instead I try to help others deal with those same feelings and make sure that they know it is not their fault...that they were victims because I know all too well that feeling of thinking that somehow it is our fault for the abuse, and it is not.

I am now facing this thing in small increments, as my mind will allow.  It is like having all these doors that were shut tight where the bad memories have been locked away for years, and now slowly and carefully opening them, being careful not to let things "spill out" uncontrollably.  I have to "tools" now to be able to deal with these things, but only in small amounts, and then the doors must be shut again while I process and recover before slowly opening the door again and facing even more.

I'm doing small things, that bring me great joy and comfort, to help distract me from all that is going.  It gives my mind a much needed break and helps me to feel safe.  That is why I shared the picture of the jar full of dried orange slices at the top of this post.  The simple act of creating these small slices of beauty help calm me.  Not only are they pretty, but they smell amazing too.  I am working on something that I will be sharing in a future post where I use these in a creative way that is also helps to make my home that cozy, calming and yes, even funny and silly, place to be that I so need.