Montana and Mom, Dad and Fritz...I Love You and Thanks!

Jeff and I just returned from a wonderful vacation in Montana where my parents spoiled us rotten. :)  It was so good to spend time with them, my brother and some of our hanai family.  Waking up to the view of the lake each morning can't be beat.  We did not make it to Glacier Park due to the weather but did manage to squeeze in lots of other things.  Jeff and I look forward to our time at the lake so much and are never disappointed...there is something so healing about being there and being surrounded by such beauty and enveloped in love by our family.  Thank you Mom, Dad and Fritz for everything...we love you all so much!

Posted by Debbie at 8:02 PM No comments:

Email ThisBlogThis!Share to TwitterShare to FacebookShare to Pinterest
Labels: grandchildren

Bradley Meets Bears and Goes to the Fair

Our Grandparents Would Be Proud 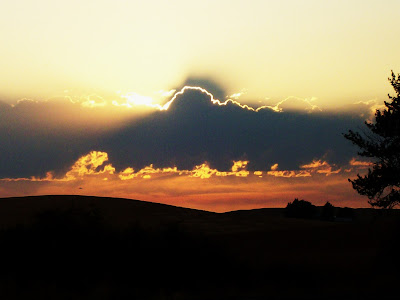 I have been doing the family genealogy and lately have been focusing on my mother's side of the family.  It seems to be much easier to get information on her side than it is on my father's side of the family.  Yesterday I decided to take a closer look at what my generation has been up to and where we all are in life.  I have cousins that I have never met in person but, thanks to Facebook and the internet, I was able to track most of them down.

My mother's parents divorced when she was a child.  The divorce was hard on everyone.  Up until that time, my mother had only her brother David as a sibling.  My grandparents both remarried wonderful, loving people and my mother gained three new sisters and three new brothers.  I never thought of my step-grandparents as any different than I did my blood related grandparents.  To me they were just Grandpa Mark and Grambunny, two people who loved us all and we them.  After my grandmother passed away, my grandpa Mark (father of the sisters), again remarried another very kind, caring and generous woman who had 3 sons of her own.  As you can see, we now are dealing with a really large family!  My focus, for this bit of writing will just be on the first and second marriages for my grandparents and the grandchildren that they were blessed with.  My Grandpa Mark's third marriage took place after I was an adult and I am so thankful that he was able to spend the remainder of his life with Grandma Hazel who loved all of us kids as her own also.

All four of my grandparents on my Mom's side would be so proud to see the legacy that they have left in their grandchildren.  In the group of us we have 2 published authors specializing in food, a very successful restaurateur /chef  and James Beard Award Winner who owns several restaurants and is still expanding, 3 musicians, a minister, an economist, a marketing director of one of the largest computer software companies in the world, a computer software developer, a teacher, and IT specialist for a major door and window company and another IT specialist who travels around the world trouble shooting for different government and private companies, a scholar who disproved a very popular and long accepted economic theory, and an international model who also is an amazing photographer.  There are some that are still in high school and their greatness is still yet to be revealed  and  I am still trying to track down a few more. :)

Our grandparents gave us the gifts of love, laughter, music, good food, a thirst for knowledge, gardens that inspire beauty, wanting to learn about different cultures, ideas and beliefs and to accept and embrace those differences.  I am so thankful that my cousins, siblings and I had these wonderful people in our lives and I cherish the moments that we shared with them.  They have now all passed away and sadly, so have some of their children (my mother's siblings).  I'm sure that if our grandparents could see us all now, they would be proud of each and every one of us who are successful in the paths that we have chosen.  I am also convinced that they would love seeing that some of their great grandchildren, that are now adults themselves,  are finding happiness and success in life and continuing the legacy that they all established.

Posted by Debbie at 2:47 PM No comments:

Bullies Come in all Shapes, Sizes and Ages

A very wise young woman, who I am blessed to be related to, posted on Facebook today that she hates bullying and has no respect for bullies.  Well Meg, I am with you on this girl!  Meg is a wonderful teen with a good head on her shoulders. I wish I could tell Meg that once she is out of the teen years, that she will not have to deal with any stupid bullies ever again, but the sad truth is that bullies come in all shapes, sizes and ages.

We all know that size and shape does not matter when you are a bully.  You can be 4'11, skinny as a rail and still be a huge bully!  Being a bully does not just mean physically pushing someone around, it can also, and more frequently is, saying or doing something hurtful to someone and trying to make them feel bad.  It can be directly to their face or it can be sneaky, like spreading lies and rumors about someone.

One would think that as people grow up and reach adulthood, that they would become mature and caring people.  Again, sadly, this is not always the case.  There are adults in this world, of all ages, who still go out of their way to hurt others.  They tell children that they are stupid, they tell teens they will never amount to anything, they call their daughters and sons horrible names.  They will berate someone for making an honest mistake.  These people will lie about and blame others for things they have done.  They will spread rumors in the workplace trying to discredit a co-worker.  They will turn on their "friends" and have the pack mentality.  They enjoy gossip and want to see people fail.

Why do they do this?  It has been my experience that bullies are very insecure people who are unhappy with themselves and their lives.  They are terrified of anyone who can see them for who they really are so they lash out trying to make themselves feel "bigger" and superior to others.  They love the attention that their bullying brings and for a few minutes they feel like they are on the top of the world but that feeling quickly fades as they realize that deep down inside, there is a big empty hole in their gut, an anger they can't explain and the terror of someone seeing just how scared they really are. Bullies are mean and we have every right to get angry with them, but we also should pity them.  They lead a miserable existence and have to face themselves in the mirror every day knowing the ugly truth about who they really are.

Posted by Debbie at 5:07 PM No comments:

Email ThisBlogThis!Share to TwitterShare to FacebookShare to Pinterest
Labels: thoughts 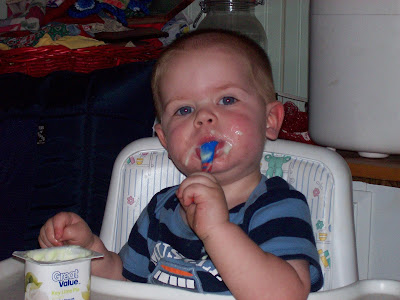 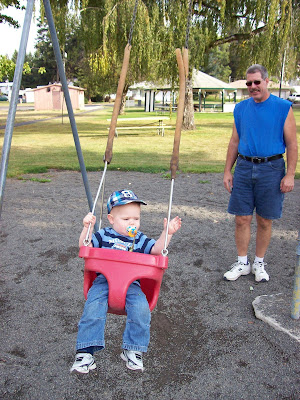 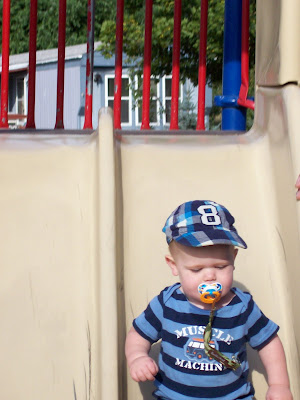 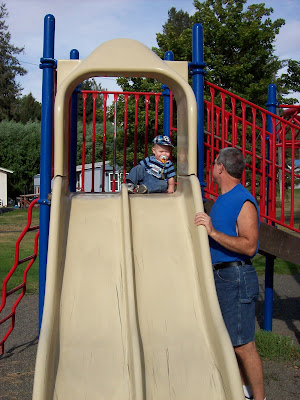 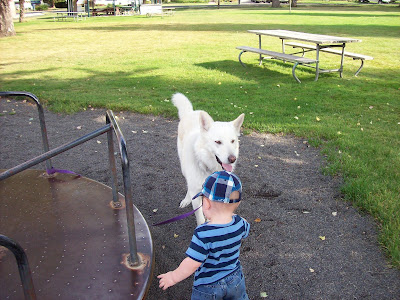 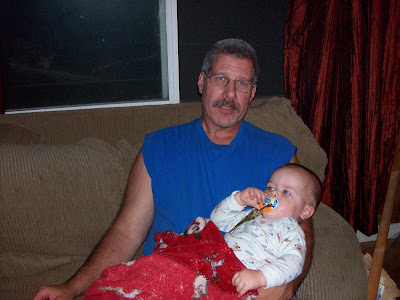 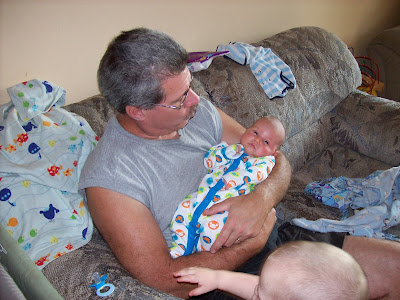 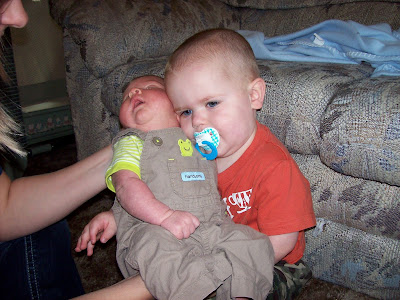 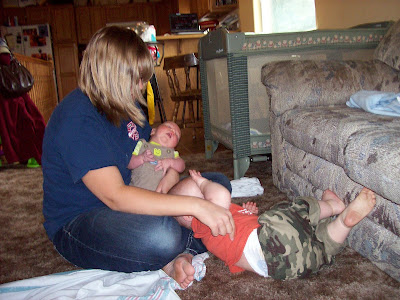 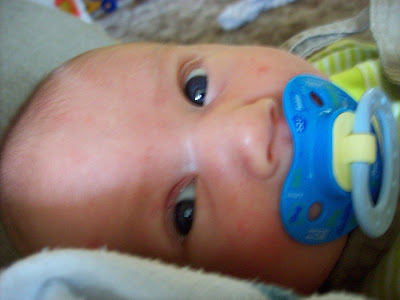 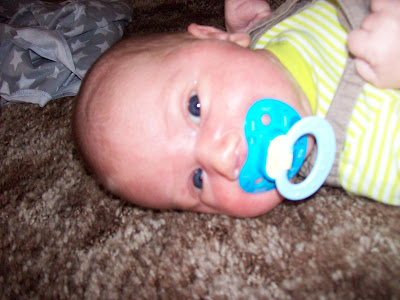 Posted by Debbie at 1:07 PM No comments: