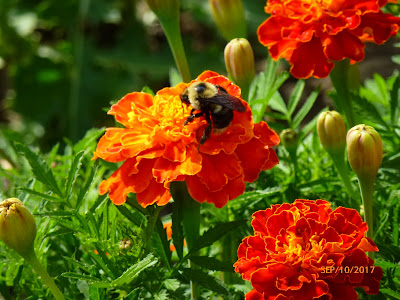 As usual, I am late posting this.  I have been offline for about 3 days now.  Life has kept me busy with family, the fair, apple picking at the orchard, visiting with some of our hanai kids and grandkids and friends too. 😊  We also were "tested" this weekend with running into two of the people who have gone out of their way to hurt us and others.  One of them was "family" that are toxic and the other is one of the most vile child abusers that we spent years reporting and who finally got their parental rights terminated.  The child abuser did everything they could to try and get our attention, but we totally ignored them and the family member...well they did their best to be as nasty as they could with their expressions but again, we ignored them while feeling very sorry for their other family members who had to put up with their bad mood.  Nothing we can do to help those people at this point either unfortunately.  Monday I got really sick and I think it was the change in the weather that got me most (and yes, I did push it too much this weekend also).  I woke up with the most horrible headache and spent most of the day sleeping on and off.  I was not running a fever and am fine (well, as fine as I can be other than being my normal sore self) today.  I've been trying to play catch up on all the things that need to be done around here and that has kept me more than busy today. Now, onto the savings! 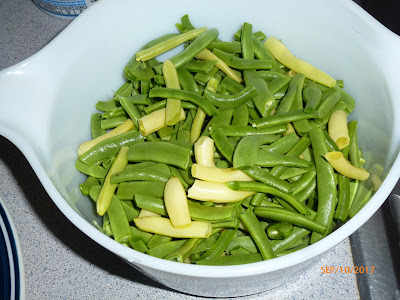 ~Saturday night Jeff and I popped a bunch of popcorn and curled up to watch the original "Dr. Doolittle" movie on dvd.  It has always been one of my favorites and I found myself singing along and even saying dialogue right along with it. 😁  Jeff offered to take us to see a movie at a theater but there was nothing on that I wanted to see and it was way more comfortable to be able to just curl up here at home.

~I managed to find 1 ripe blackberry and 3 blueberries while I was out in the garden in the morning.
~Sunday Jeff got my hair cut and I feel so much better now.
~I snapped 3 ziplock bags full of beans for dinner later that night while I watched the hurricane coverage on YouTube.
~Chris, Heather and the boys all came over for dinner on Sunday night and I made oven baked chicken with some of the .99 a pound chicken thighs I picked up last week, green and yellow beans from the garden and baked potatoes. 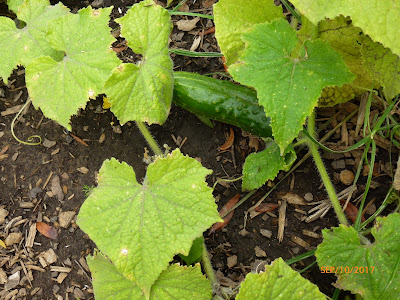 ~Uncle Bob gave me quite a few Early Girl tomatoes from his garden.
~I picked beans, squash, a cucumber and lots of cherry tomatoes along with a few Roma tomatoes from our garden.
~I read a book that I borrowed from the library.
~Chris got a cow elk on Saturday night so he is giving us a bunch more meat!  Yay!  I was starting to get low and elk is my favorite.
~Monday Jeff and I headed up to the car dealership where we bought my car to get some work done on it (all of it done for free).  While we were up there we went to 2 thrift stores and bought a few things taking advantage of the Senior Discount that Jeff gets.  I found some things on my list that I had been needing and some fun items too!  I even found a really cool christmas gift for one of my girls...
~Jeff and I had lunch while up in CDA and there was just too much food so we brought home the leftovers and had those for dinner.
~We filled the car up with gas while we were in CDA.  It is .30 per gallon cheaper there than it is down where we live. 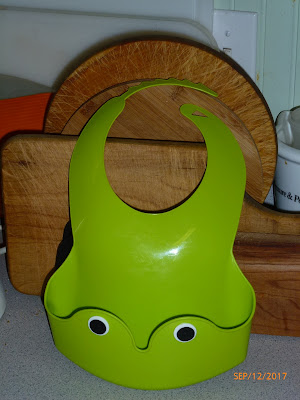 ~Tuesday Jeff and I hit our favorite thrift store and found some great deals there.  They had a whole clothing rack full of things for .25 each so we picked up some shorts, a couple of shirts and a pair of capris.  We also found a Chico's brand jacket for me that looked brand new (there were other Chico's brand clothing new with tags right next to it but I did not like the way that they fit) for $3.96 that retails for $109.00. 😯  Seriously, who would pay that much for a lightweight windbreaker type jacket?  I also picked up some 2018 Calendars for .20 each and found a brand new Pampered Chef pie dish for $3.99 (this will be a gift for someone).  There were a few other things that made it into my basket also like a silicone bib for Steven and a CD by Diane Reeves (I sang back up vocals for her years ago when she was doing a concert at the University of Idaho Jazz Festival and she is just the nicest and encouraging person). 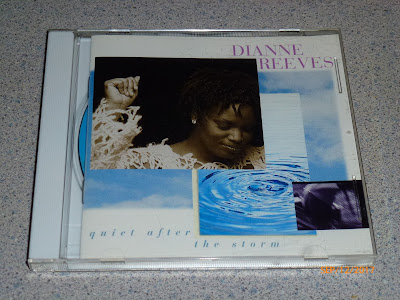 ~Jeff picked up some sale priced milk on his way home from work on Wednesday morning.
~Steven came to play on Wednesday and I am so glad we kept the Pack and Play that we bought when Bradley was a baby.  Since Steven is now rolling over, I needed something to corral him in where he would be safe.  I thought I would use it more than I did, but he was fussy so I spent most of the day holding him.
~Chris and Jeff finally got Chris' truck up and running again.  While they worked on that, I helped Heather homeschool the little boys.  I bribed them with popcorn and orange soda to get their work done and they enjoyed a bath here too before they left since something is not working right with the bathtub at their rental at the moment.  Chris thinks he can fix it easily though, he just has not had the time (they are renting from another family member).
~Thursday I made 2 more loaves of bread for Jeff to make sandwiches with.
~I was in need of comfort food, so I took a leftover chicken thigh, some celery, 2 small squash from the garden, peeled and chunked up 2 leftover baked potatoes and made a creamy chowder with them.  It was perfect for a cooler day and one where I needed to take it easy since I was having a pretty bad fibro flare and working through and processing several emotionally draining and devastating  situations. 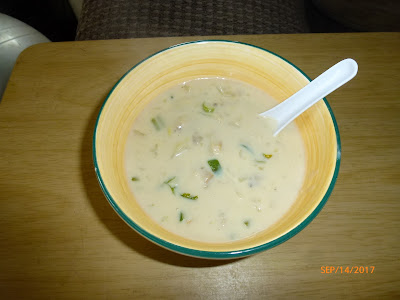 ~Dinner Thursday night was more comfort food.  This time it was fried tomatoes and creamy tomato gravy over homemade bread.
~Friday I stayed home.  I was still feeling the effects of a fibro flare brought on by all the pain, anger, hurt and devastation that I was dealing with this week.  I internalize not only my own emotional pain, but the pain of others around me too. The school shooting brought up feelings of fear that I had from being a victim of gun violence as a child and my fear of just this kind of situation happening in our school district also.  I have had a student threaten to do harm to me with a weapon in the past (in that case, it was a knife).  We were also dealing with having made the hard decision to walk away from and not have anything to do with my husband's siblings and parents due to the ongoing hurtful manipulation and mind games being played on their part.  It has taken us this long to come to that decision because of the "guilt" that we felt about walking away from family, no matter how unhealthy and hurtful the situation was to us.  When Jeff got up in the afternoon to spend some time with me before he headed off for work later in the evening, he could see  the toll it was all taking on me.
~More free magazines and a box of samples from PinchMe came in the mail.
~I checked our rewards through our credit and debit card and converted my earned points into cash and had that deposited into our savings account.
~YouTube is frequently my "go to" place to find soothing videos and music.  I spent quite a bit of time there Friday night. 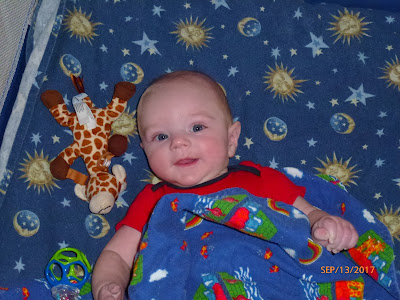 I am sorry that this post is seriously lacking in the picture department.  I just did not get around to taking many this past week.  Hopefully I will remember to do more for this next week's post. :) I am also hoping to get around to reading blog posts from all my friends online.  When life gets busy, I tend to put that off until I can sit down and really enjoy and respond to everyone's posts.  Be blessed all!