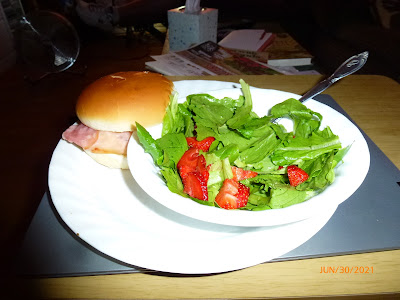 Here it is the end of another week already and we are into July!  I can't believe how the days just seems to whiz by.  With the heatwave we have been having, it already feels like the end of Summer.  I have a huge fear of what it is going to be like if the temperatures continue to stay really high.

An update of that tumble I took...Well I apparently did more damage to myself than I first thought.  I really screwed up my back, hip, foot and my abdominal muscles are hurting as well.  No hernia thank God.  I'm spending lots of time in my recliner and can tell that gardening is going to be much harder for awhile.  To that end, Jeff has stepped in to take over the watering duties for the most part.  He rigged up the sprinkler on a platform between some of the raised garden beds to just be able to turn on and let run..  I am still sneaking out there and finding the places the sprinkler missed in the morning and hand watering those. 😉  I know it will just take some time to heal and I will have to be super careful about not overdoing it.  I learned that the hard way today when I almost passed out from pain in the garden while harvesting some things.  Yes, I am extremely stubborn and I too wonder about my common sense at times.

So this frugal wrap up is going to be a list and not broken down by days because I again forgot to keep track over the week.  There was just too much going on between Patchy's surgery and now recovery, the heatwave that left me sick, my tumble down the stairs and now being in  Fibro flare.  Such is life though and we just keep chugging on: 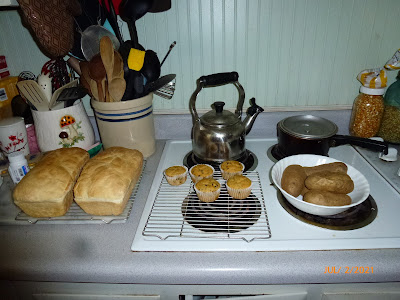 ~ I have been doing my best to try and come up with different and fun meals and making sure I have leftovers for Jeff to take to work with him.  I had some fully cooked and grill chicken breasts slices that I added some mozzarella cheese and smoked ham slices to for quick and easy version of chicken cordon blue sandwiches (see top picture at beginning of this post).  I made enough so Jeff could take some to work the next day also.

~Chris and Heather also had us over for dinner earlier in the week and it was delicious as usual.  Chris grilled some chicken and we made sliders with the cut up chicken and some cheese on Heather's homemade rolls.  YUMMO!

~Shannon brought over her extra AC unit for us to use, along with a huge fan since I got heat exhaustion earlier in the week.  That was super scary and I am so thankful that she realized what was going on with me and took immediate action.  We have had people and their pets dying from heat related illnesses due to the 100+ temperatures we had earlier in the week.  When the temperatures are cooler we use the swamp cooler but use the AC at the hottest part of the day when the swamp cooler can't keep up.

~I've been harvesting lettuce, strawberries, raspberries, cherries and even a yellow squash from the garden this week.

~The laundry line went back into service at the end of the week when the temperatures dropped down into the 80's in the morning.  Until then I just could not even be out in the heat.

~We have been eating lots of salads with lettuce from the garden.  I have been adding fruit to mine also.

~I did some back to back baking making 2 loaves of bread, some chocolate chip muffins and baking some potatoes. 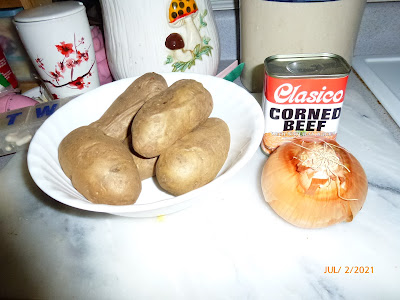 ~I will be using some of the potatoes to make corned beef hash for dinner tonight...it just sounded really good and I have everything I need to make it on hand.  We will have this with a salad of course.

~Jeff and I have been enjoying watching old seasons of "Design Star" on the Roku.  It is so fun to see how creative people can be and why they make the choices they do.

~I was able to SKYPE with Josh, Lauren and Tate today and got a HUGE smile out of that little guy!  He is six months old and is already learning how to feed himself with a spoon.  Food is a huge motivator for that kid...he loves to eat! 😄

~Jeff had been taking my car during the hottest times earlier this week since it has AC but switched back to his little car now that temps are in the 90's when he gets off work and because the price of gas jumped 20 cents in one day earlier this week.  It is expected to continue to go up and up and we already have pretty high gas prices.

~ Costco has the microfiber sheets that I love on sale right now for about $14.98 (I think) a set for queen sized sheets.  Heather picked me up two sets when she went there a few days ago.  I have been looking for those sheets at a good price for about 2 years now.

~ Lauren told me how quickly the prices of bread are going up in their area which got me to thinking that I should have Jeff pick up 2 more 1 pound bags of yeast on his way home from work, along with a gallon of milk (we needed more).  Last time bread prices went up yeast was really hard to find since more people started making their own bread.  I had just opened my last bag of what I had stocked up on previously earlier in the week.

~Jeff got the HUGE 50 pound bag of flour divided up into the food safe buckets.  I'm curious to see what the prices on flour are now since I have not had to buy any for awhile.  The bag he divided up had been bought a few months ago.

~Goodwill has been a very lucky place for us lately.  We found canning jars and lids, small glass jars and cannisters (perfect for homemade spice mixes and for giving those mixes as gifts), lots of things Jeff needed for the car, the Beverly Hills Cop trilogy on DVD (some of our favorites), a few more clothing items and a cast iron skillet.  Of course we used coupons, other discounts and such to get the best prices possible.

~We also stumbled upon some vintage comic books that were in pristine condition with cardboard and plastic bags around them at another thrift store.  I quickly called my cousin Jeremy because he is making a living selling things on Ebay and some comic books are very collectible and go for outrageous prices.  He looked them up online and had me buy them for him.  He will be paying us back for them and hopefully they will make him a good amount of cash!  In this family we all keep an eye out for things that the rest of the family needs for personal or business use.

Well I guess that about wraps things up from here.  I know there are more things but as per usual, I cannot remember them at the moment.  Plus, I still have time to sneak in a nap before Jeff gets home later and after a very restless night, I am in desperate need of one.  Stay safe, pray for all those that have been affected by the horrible fires and for our firefighters also.