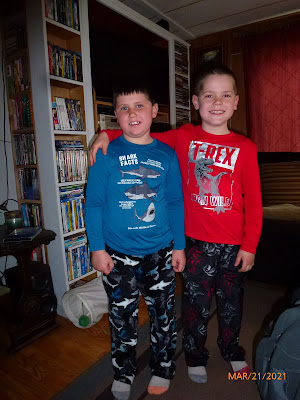 Please excuse the lateness of this post...we had a busy weekend and we were also dealing with a bit of a "family emergency" with our dear Uncle Bob having to be taken to the hospital.  Life has it's definite ups and downs and thankfully Uncle Bob is doing better now. 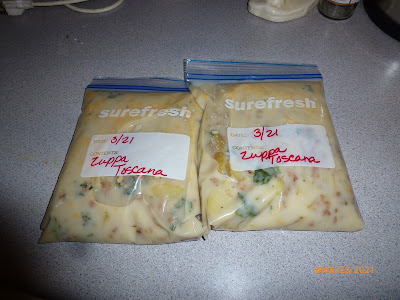 ~We did not go anywhere so no money spent on gas or shopping.

~We did buy a chicken strip dinner from our local tavern and split that.  $10 into our local economy for dinner for 2....not bad!

~Chris, Heather, Bradley and Isaiah came over for a visit.  We gave the boys their new jammies (bought on sale for $1 each, some new to them books from Goodwill, a Lego magazine (I got a free subscription years ago to this for them) and also had Chris and Heather take a new package of diapers that Josh and Lauren left here to their friends who are having a new baby soon. 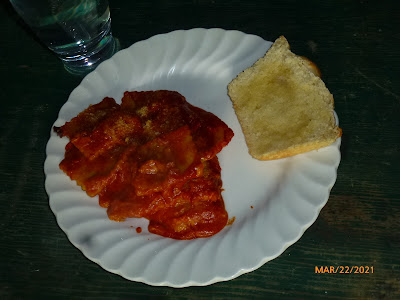 ~I froze the remaining Zuppa Toscana soup for 2 future meals.

~Two more loaves of bread were made...Jeff said thank you. 😉

~After I got the bread out of the oven, I put in a ravioli casserole to bake for dinner.

~My points programs were worked.

~I called in a refill for my prescriptions and had them sent to our home. 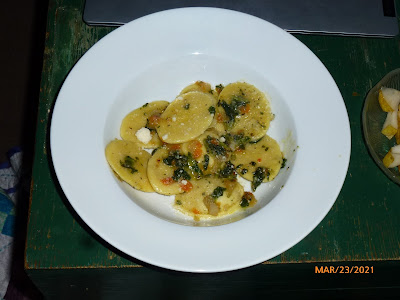 ~Jeff had the leftover beef ravioli from the night before for dinner and I made some butternut squash ravioli for dinner.

~I cut up a huge pear for Jeff and I to share.

~Jeff picked up some milk, bananas and half price supplements on his way home from work.

~Jeff finally got the new shower head wand that he picked up at Goodwill installed in our shower.  I really like it! 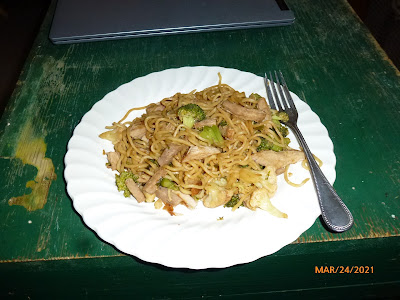 ~Jeff decided to have the rest of the sausage, cheese and crackers that we had left-over from my cousin's visit.

~I made some Yaki Soba with things that I rummaged through the freezer and found.

~Hot chocolate with peppermint in it hit the spot for a sweet late night treat.

~Do you wash your house slippers and walking shoes (cloth covered ones)?  I do.  I washed those and then set them up in front of the wood pellet stove to dry.  I find this cleans the shoes well and it actually extends their life.

~I listened to some music hits from the 80's on a YouTube music channel while I did some work around the house. 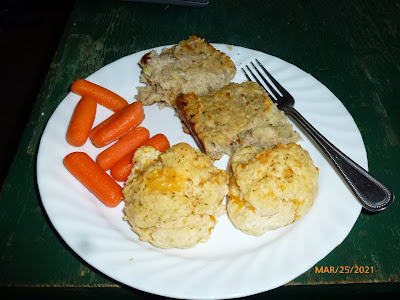 ~I had some milk and celery that needed to be used up so I made a salmon loaf for a late lunch.  I cut up all the celery I had and used half for the salmon loaf and froze the rest to use in a Split Pea Soup this coming weekend.

~Still having some of that milk left, I used it to make Cheddar Bay Biscuits.  I had a mix for it that needed to also be used up.

~Jeff went down and got commodities for us. My goodness there was a lot of wonderful stuff including a turkey, fresh produce, lots of frozen meats, canned goods, cereals, pastas and pistachio nuts.  Jeff brought home 4 big boxes full and told me he declined getting even more.  As it was, we had trouble fitting all the frozen stuff into the big chest freezer.

~The cats enjoys the liquid, along with some of the skin, from the canned salmon.

~I baked up a frozen apple pie after taking out the salmon loaf and Cheddar Bay biscuits out of the oven.

~Jeff and I hot tubbed to ease those aching muscles.  He had a HUGE load the night before at work and I was in a flare. 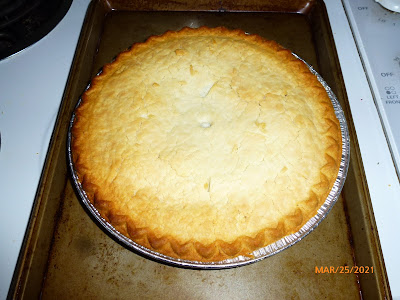 ~I made 2 more loaves of sandwich bread per Jeff's request.  He has been going through bread like crazy this week.  It's ok though...I'm just glad he likes it.

~YouTube has a documentary called "1929 Stock Market Crash and the Great Depression".  I found it really interesting to watch.  I learned a lot that I did not know before and I see it as a warning since history can and does tend to repeat itself.

~We have Bradley and Isaiah spending the night on Saturday and decided on tacos for dinner.  I already had the taco meat, sour cream and cheese (free from commodities) but needed lettuce, tomatoes, soft and hard tortillas and salsa.  We headed into Winco to pick those up along with some other things.  We found artichokes as well as asparagus on sale, so I got some of those along with red peppers that were .48 each.  They had several large cans of the coffee we usually drink during the week (save the good stuff for the weekend) at $4.98 so we got those before the price goes up.  Powerade was also on sale for .54 each so I stocked back up on those again. All the grandkids love them, as do I. Bagels, hot dog buns, more hot cocoa mix, celery, bananas, and  cucumbers rounded things out.

~I found more videos on how to process a lot of produce at once and learned some new tricks...I love learning! 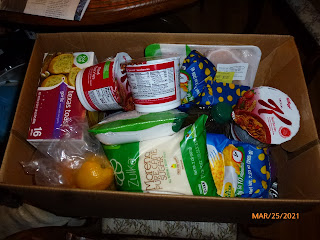 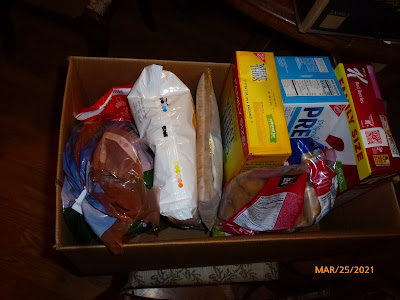 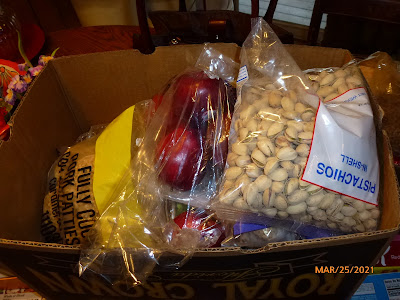 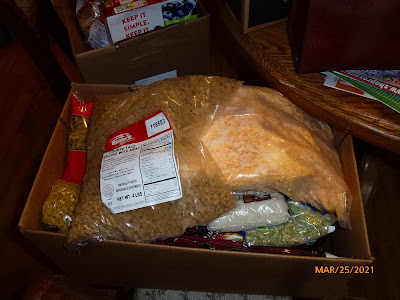 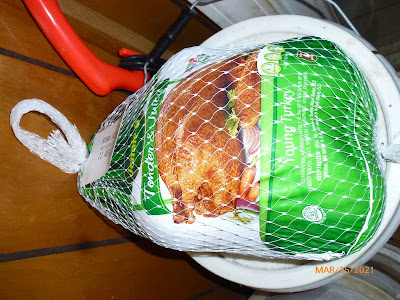 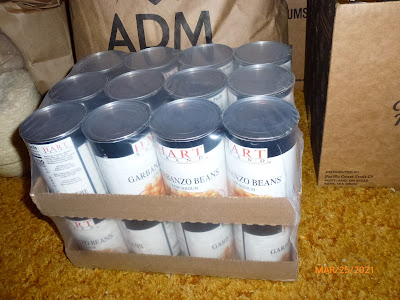 I hope everyone has a great upcoming week!